“Dreams do come true, if only we wish hard enough. You can have anything in life if you will sacrifice everything else for it.”  ― J.M. Barrie, Peter Pan

“Sacrifice is a part of life. It’s supposed to be. It’s not something to regret. It’s something to aspire to.”  ― Mitch Albom, The Five People You Meet in Heaven

The physical purge isn’t the bodily kind, but it is physical. Specifically for us (me and my wife), it’s about our house and our stuff. It’s about over 4 decades of accumulation, gathering, storing, and collecting.

“A little simplification would be the first step toward rational living, I think.”  — Eleanor Roosevelt

Yes, it feels pretty rational to me. But mostly, it feels glorious. Liberating. Easier.

The problem is the process is anything but liberating. Or easy. Or glorious. It’s hard, difficult, arduous, and drudgery! I hate it because it’s so hard.

Everything is hard until it’s easy.

Do you know when it gets easy?

“Don’t make the process harder than it is.“   — Jack Welch

Jack was a brilliant guy. I was a fan.

Early last week I contracted COVID. We’re weeks into purging our house to prepare for what might come next. I only mention that because it created only a slight adjustment in my schedule, likely providing me with new opportunities to come in contact with the virus. Rhonda and I have both managed to steer clear of it. Until now. She’s still negative, thankfully.

I bought a dolly from Sam’s Club. A dolly that likely had been handled by dozens of filthy hands before I laid my mitts on it. You can never really know, but it’s a decent working theory. Besides, it’s an opportunity to declare that I went to get a dolly and came home with a dolly…and COVID. And suddenly, my purging came to a halt. Kinda sorta.

COVID issues didn’t completely stomp things down for us because Rhonda continued to list things for sale, go through various areas of the house and I engaged in moments (and I do mean, moments) of lugging stuff from one spot to a different spot. I leaned into my loss of appetite to lean up physically. In the first 4 days, I figured I consumed about 1,000 calories. I found myself within 20 pounds of a goal weight I’ve had for the past decade. We’ll see if I can follow Jack’s advice and not make the process harder than it is.

Sacrifice. Throwing something away.

The difference isn’t the next destination of the thing, but in the value you place on the things you’re parting with. So it doesn’t matter if you’re selling them, donating them, or trashing them.

In 2018 Bruce Springsteen did an interview where he discussed his mental health challenges. Referring to a 1982 incident that happened while he was driving across the country, he stopped in Texas. Something happened. He’s not quite sure what. Or why. But he had a mental break. He said this about the experience, “All I know is as we age, the weight of our unsorted baggage becomes heavier… much heavier. With each passing year, the price of our refusal to do that sorting rises higher and higher.”

Physical stuff (baggage) and emotional stuff (or mental baggage) both weigh us down. And quite often, they’re connected. People ascribe emotions and feelings tethered to possessions. For me, the more I’ve sacrificed – surrendered – physically, the more liberating it’s been mentally and emotionally. 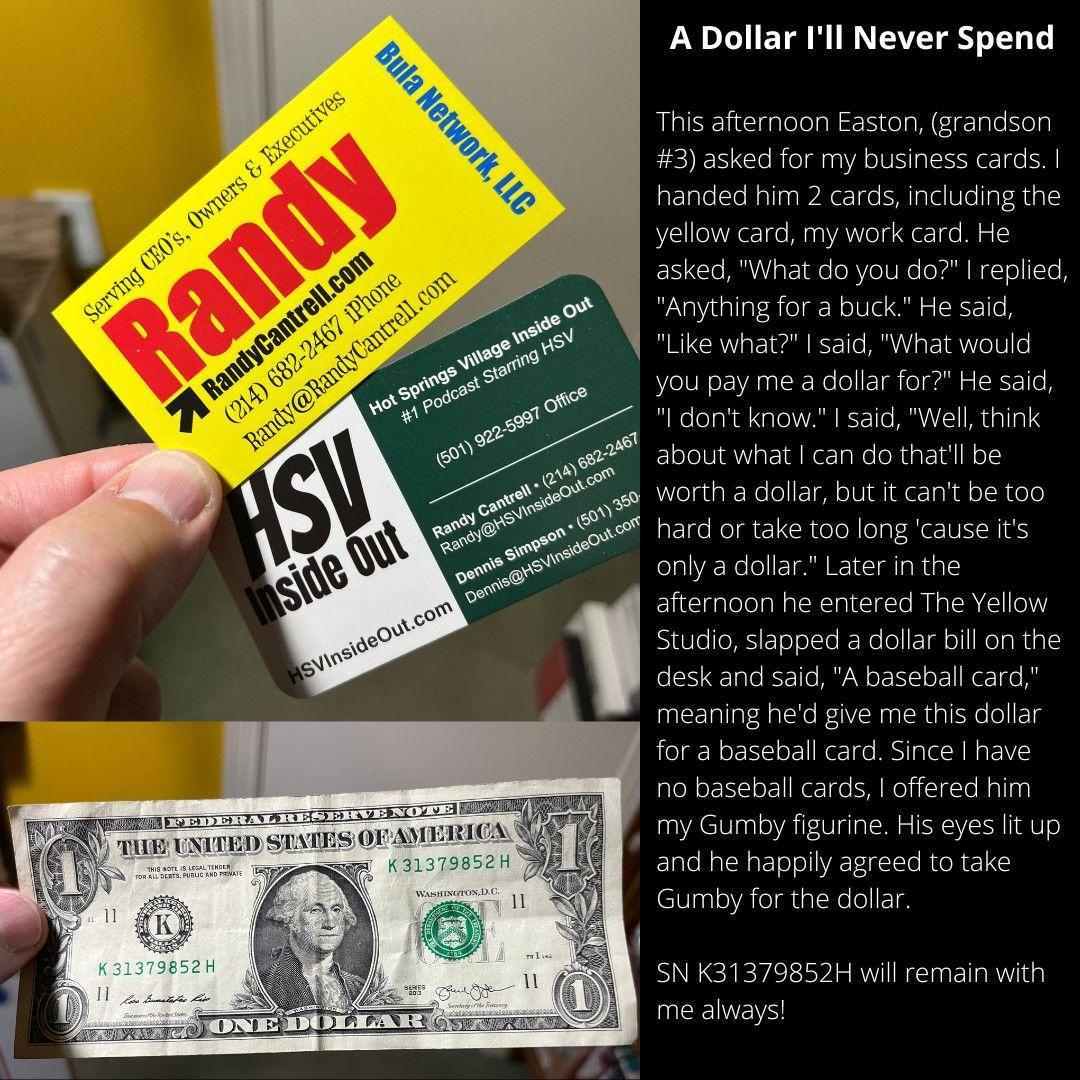 As I began purging weeks ago some things were easy to part with. I didn’t even think much about it. Or I instantly thought, “Yeah, let’s get rid of that.”

The deeper I dove into the process, the more I wanted to see how deep I might be able to dive. It’s not a freakish phenomenon really. You’ve likely experienced it in your own life. During my teen years, Dr. Pepper was my favorite beverage. I’ve never had a drink of alcohol. Never taken an illicit drug. Conviction and faith drove my choices, but at a practical level, I never wanted to surrender my mental faculties to anything. I need more brain cells than I have, so it never made sense to risk the ones I have. Well, for some reason I went without a Dr. Pepper for a week. A week turned into 2, then 4. At some point, it had been a year since I had consumed anything with carbonated water in it, including a Dr. Pepper. What had begun as a short-term exercise in deprivation grew into a contest to see how long I might be able to go. That same mental exercise kicked in for me during the purging as I wondered what every good limbo artist questions, “How low can you go?”

When I’m done I’ll honestly be able to have my possessions – all my possessions including my clothing – in one very small bedroom. Okay, that excluded my car. 😉

I’m envious of the duffle bag. The ability to have everything I own fit in a duffle bag. I could aim for that I suppose, but there’s no need really. After all, I admitted to you long ago that practical minimalism was the pursuit, the process. And I don’t want to make the process harder than it is.

Luke 12:15 “And He said to them, “Take heed and beware of covetousness, for one’s life does not consist in the abundance of the things he possesses.”