I registered the domain – ZoomingOut.com – on May 22, 2004. It had nothing to do with photography – or my video conferencing platform of choice. Instead, it was focused on our attempt to see a bigger picture as a means of seeing the finer details. There never was a website at that address. I still own the domain, although it’s been for sale at a fairly high price for a while. I’m not anxious to sell it or get rid of it, but a person can only actually use so many domains and I already have too many (even though I’ve gone through one major purge about 2 years ago). I suppose I’m due another purging.

Zooming Out was a phrase I first wrote down in early 2004 for reasons I don’t remember. My best recall is people were likely talking about narrowing in on things and that whole inability to see the forest for the trees was something I’ve battled in others all my life. While I’m very detail-oriented, I’ve mostly been frustrated by folks who can get intensely focused on the bark on a tree that they’re unable to see anything larger. It was my experience with such types that caused me to craft a sentence that I’ve lived by professionally for much of my life – “If everything is important, then nothing is important.” In other words, if we’re not able to prioritize and acknowledge that at this moment, something is more important than anything else, then we’ll chase every tangent that comes along deluded into thinking it all matters equally. I’ve never found any situation in life – personally or professionally – where that’s true.

I’ve spent countless hours trying to help myself and others look at the bigger puzzle that we’re all trying to put together. My conviction – and experience – have proven that knowing we’re attempting to assemble a 1000 piece puzzle of a seascape can help us better figure out where any single specific piece may fit. And that’s largely how we may be able to best figure things out, including ourselves. 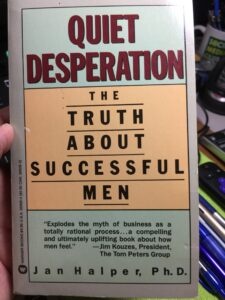 In the mid to late 80s a Ph.D. consultant in San Francisco named Jan Halpern wrote a book based on research she had done about successful men. The book was entitled, “Quiet Desperation: The Truth About Successful Men.” I’ve still got my copy and think of the book often – so much so, I’ll pick it up pretty regularly to go back through various sections of it.

On page 49 is a section titled, “QUESTIONING THE ETERNAL TRUTHS.” Sure, it’s a bit click baity – written before the Internet and clicks were even a thing – but she makes some grand points.

There are many intellectual and emotional barriers that must be broken through, reevaluated and discarded before you can become comfortable in your own skin. I suggest you begin to question the messages and premises you have been raised with that prevent you from knowing your private self. By challenging these “eternal” truths, many have come to reject the notion that men don’t feel. Moreover, doing so has helped them to alleviate the haunting emptiness and confusion that plagued their moments of solitude.

Let me make an allowance here that while the author’s research was specifically on successful men, much of it has a broader application.

It began as a market research project in 1977 and wound up involving some four thousand men who operated within leadership roles of Fortune 500 companies. Even the author acknowledges in the preface of the book that it could apply to some women, but she focused on men. And I’m not so interested in the details of her research for today’s show – or the fact that it’s solely about men. I’m coming at it in true Zooming Out fashion looking at a bigger, broader picture of all of us – as humans.

After all, here were are in 2022 at a place I never thought we’d be. A place where people can’t or are afraid to even define what it is to be a woman (see Matt Walsh’s appearance on The Dr. Phil Show). A place where people feel pressured to insert pronouns to which they “identify.” Well, folks – we have met the enemy and he is us. We’ve lost our collective minds in bending to the pressures of abhorrent and aberrant behavior. Immorality is now an acceptable lifestyle choice. We’ll raise millions of dollars to stop animal shelters from killing, but we’ll abort about a million babies each year in America.* Maybe more. I couldn’t find data beyond 2014, but I likely didn’t try hard enough. No matter, it’s an enormous number and mostly, we think very little of it because it’s a matter of selfish convenience. And if you think I’ve gone to preaching, well, it’s my podcast and I’ll preach if I want to. 😉

* According to 2014 data from the Guttmacher Institute, there were a total of 926,240 abortions in the United States.

I don’t mention all these things for political wrangling but to point out that such things are impacting us. Deeply. I mean, after all, if we don’t know whether or not our pronoun is HE or SHE, and we don’t know if we’re a MAN or a WOMAN, then it stands to good reason – we’re completely lost and without a compass. Or a flashlight.

Hopelessly and desperately lost. And that’s today, not in the late 70s when Jan (and yes, Jan is a woman) did her work, which wound up as a book. Do you suppose things have gotten better? Or worse? Oh yes, Virginia, they’ve grown much, much worse! And the quiet desperation is still mostly quiet with the exception of a few who live out loud, but privately are filled with all kinds of angst and fear.

The strange thing about self-examination is that it’s necessarily self-centered, but the result hopefully is anything but.

What’s the point of self-examination? And improving ourselves? Why should we be interested in growth?

Because the alternative isn’t very good. It could even be disastrous.

Zooming out is about understanding – the clear comprehension of risks and rewards. It’s largely about consequences – both good and bad. And our ability to properly comprehend our choices ahead of time. You know my definition of wisdom is “getting it right in real-time.” That’s what Zooming Out is about. Figuring out the best course of action before we move. It beats the impulsive actions that have to be corrected. That’s gonna happen plenty so we might want to minimize making that our way of life. 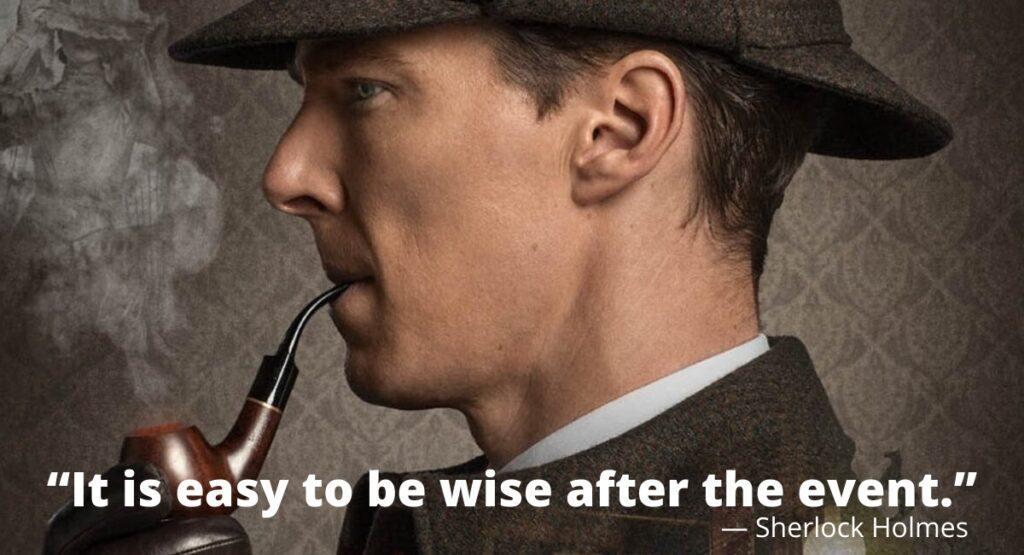 When I was a young parent I thought if we could just train our children to have a strong conscience based on God, then we’d be giving our children the best leg up possible. As I’ve aged, my mind is even more made up that my wife and I were correct with that goal. That’s what we did. We leaned hard into the work. 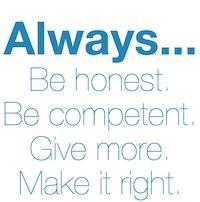 It’s the work of Zooming Out and helping our children (and anybody else) train their thoughts to think soberly about their behavior before they engage in it. Of course, it begins with me. The work is personal to each of us. We have to concentrate on our own ability to understand – the clearly comprehend what we think, how we think, our choices and our actions. Those of us dedicated to the art of Zooming Out are devoted to the pursuit and practice of wisdom. We want to behave wisely and live the most profitable life we can – profitable in the sense that we’re responsible, helpful people committed to always doing the right thing.

That graphic to the left is my work email signature. It’s a business philosophy that I wrote over 33 years ago. Nothing has changed except my resolve to live up to it.