By the 1990s cell phones had become more commonplace. Never mind that they’d been invented for almost 2 decades by then. I don’t remember when caller ID disrupted our phone usage, but it was a phenomenal development for me. “Wait a minute, what? I can know who is calling before I pick it up?” This is great!

Some months ago I did an episode entitled, Are You Helping Or Harming? That’s not a recent question for me. I was sitting in a classroom in LSU wishing I was anywhere, but here – and longing to see Rhonda, who was about 11 hours up the highways in Ft. Worth – pondering that question as an 18 or 19-year-old. A professor provoked it. An arrogant, show-off psych professor who was entertaining, but quite the opposite of helpful.

His classroom was large and on the opposite side of the campus from any other class I had. No problem. I rode a bike to classes. From the first day of class when he informed the guys that they could bring him alcohol if they wanted to improve their grades to a statement that would surely get a professor fired today – “and you girls, well, you know what you can do.” I instantly disliked him, but I loved the subject – psychology. Credit goes to him though for prompting my question, “Are you helping or harming?” He was doing both, simultaneously. In spite of it all, I enjoyed the class because I was then, and still am, very interested in psychology.

I’m also still intrigued by the choices people make that are dramatically opposed to one another. The man who can lavish affection and admiration on a woman he professes to love, then put his hands violently on her. The person who can whisper sweet nothings in one ear and profanely cuss into the ear of another. But aren’t we all capable of it? I suspect we are.

As curious as that behavior may be the more puzzling behavior to me is the person filled with such hubris they lack empathy. People who are consistently harmful, but don’t know it because they think you – and the rest of the world – can’t possibly survive without their advice, criticism, and judgment. I’m unabashedly aware of my stupidity and ignorance. But I’m equally aware of my high degree of curiosity and my even higher degree of empathy. So much so that’s it can be a problem for me. Asking stupid questions was never really a challenge for me because learning was more important than appearing smart or knowledgeable. Actually knowing beats appearing like I know. This is why, in part, I’m put off by people who know everything about everything. I’ve found people who don’t seek understanding are the most critical people. I’ve been “blessed” to have a handful of such people enter my life — and in most cases, I’ve frantically set about to get myself out of their sphere. Two such people occupied my life longer than I might have liked, but it couldn’t be helped. So it goes.

I still use that caller ID test whenever I gauge whether or not I’m willing to allow somebody into my life – or how deeply I’m willing to let them in. If the caller ID shows a person’s name and number, how do I feel? Am I excited to talk with them? Then I likely am willing to devote myself to that relationship. Do I dread talking with them? Then I’m not willing to advance the relationship, and I’m likely looking for ways to distance myself from them if I can. It’s a test that so far hasn’t failed me.

This is the wall at the entrance to The Yellow Studio. That sign in the middle was a gift from somebody who knows me well. 😉 “Everyone brings joy to this office…some when they enter. Others when they leave.” 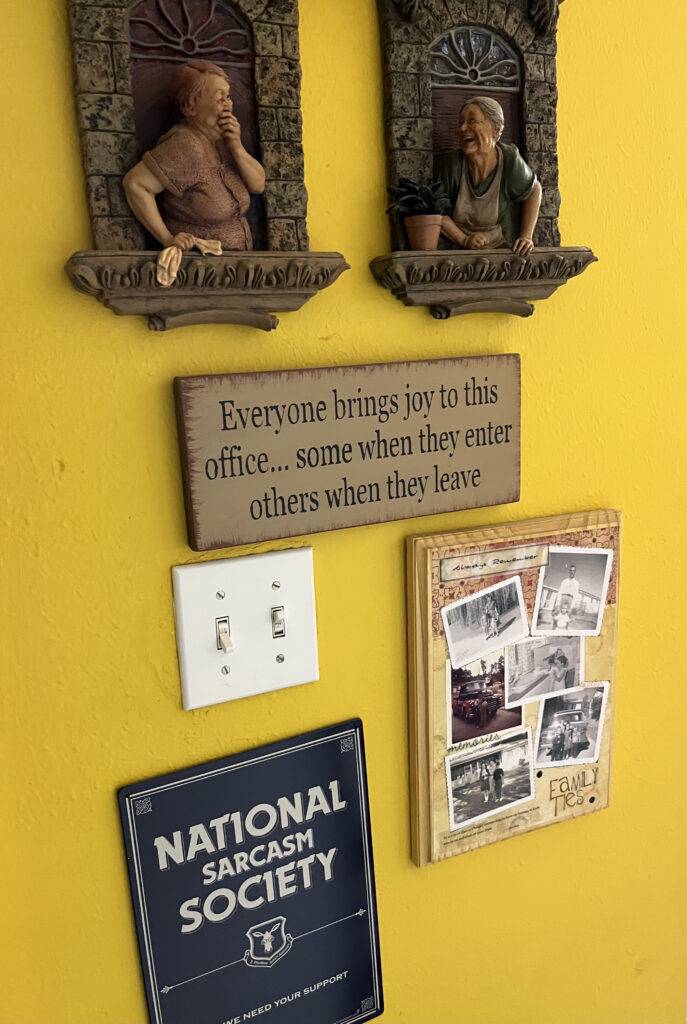 I know there are people who have negative feelings about me. I’m completely good with it because I determined as a young man that I’d resolve whatever problems I could with others. Sometimes you just can’t though. As Ben Shapiro recently observed about the Joe Rogan and Spotify drama, (words to the effect), “…you offer them an olive branch and they’ll break it and beat you with it.” Yeah, I’ve had that happen. I’ll bet you have, too.

I’ll take multiple attempts to patch things up, then I’ll move on respecting somebody’s right to ignore or refuse. I don’t have to live with their choices, but I do have to live with my own. Sure, it’s painful when I feel like I was wrong – quite frequently that’s the case – but we all have free choice. And I refuse to commit myself – knowingly – to pushing water up a hill.

Think of a person whose presence frustrates you. When you think of them you think of how great the interaction could be if only they’d focus on engaging you. But they don’t. Maybe they call you on the phone and you answer, “Hello” – only to never speak again. 😉 Every interaction is fully about them. And you’re not that important because they may consistently need to hang up, promising to call you back – but they never do! And they called YOU. 😀 There are many, many categories of these folks – the frustrating folks who you don’t mind hearing from, but you know, with certainty, how the interaction will go! These folks are always predictable!

Think of a person whose presence had an ill effect on you. When you think of them you think of how you’d rather be poked in the eye with a red hot poker than interact with them. The reasons for your feelings aren’t important. I’ve already given you a few of my reasons, but there are many more.

Let’s keep playing this game with a focus on that sign here Inside The Yellow Studio.

The people you crave – those whose presence you find uplifting or rewarding in some way – you likely have some sadness, disappointment or some similar feeling when the interaction stops. When somebody you love very much leaves, or you leave them – it’s not fun. It’s a dreaded moment. I experienced many of those when I was dating Rhonda long-distance. I’d drive all night arriving around 6 am on Saturday. Then I’d leave in the early afternoon the next day after we went to church services Sunday morning. We barely had 24 hours being in the same vicinity – and we probably had about 14 hours of actually being present with each other. Then it was back into the car and heading down the highway. A long, arduous, lonely drive spent conniving when I might be able to do it all again! So it goes when you have to leave the presence of somebody you love. Somebody you enjoy being around.

That’s not quite how it goes when you finally get away from somebody whose company you dread. You can’t wait to get away. And if possible, you avoid being in their company at all.

It’s a bit like the energy management we all have. Some of us are introverts. Our energy is drained whenever we’re around too many people too long. Meanwhile, the extroverts among us increase their energy when they’re in social situations with lots of people. Their energy is drained if they’re deprived of that interaction. Too much time alone drains their energy.

Presence and absence. Energy given. Energy drained. That’s really what we’re talking about. But there’s another unlying point – which type of person are we? 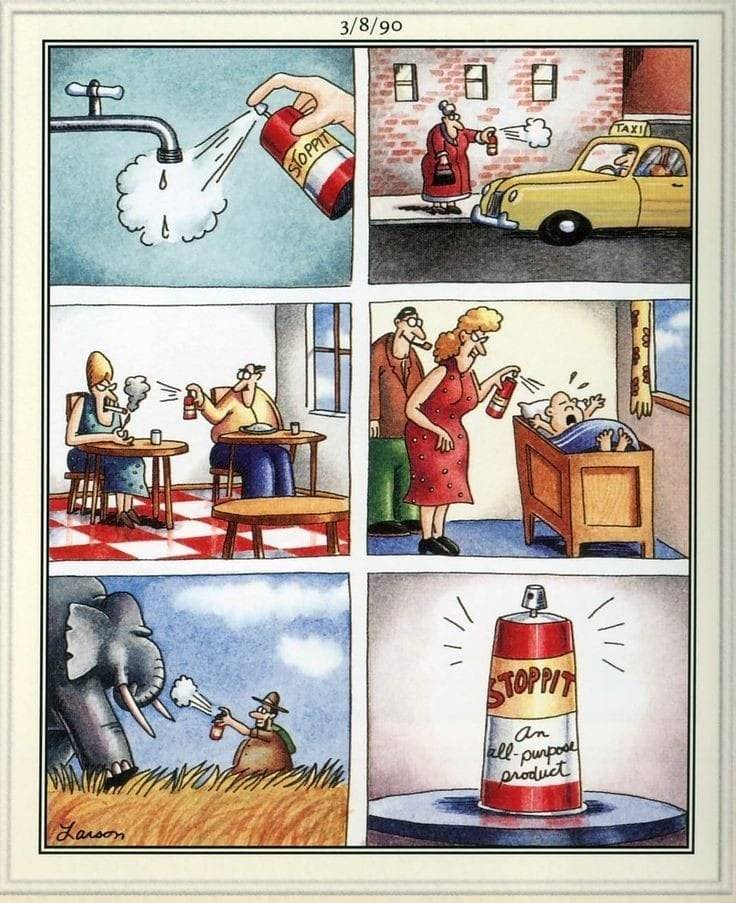