Today’s show mostly features audio that was recorded here inside The Yellow Studio on the weekend of July 17, 2010. My lifelong best friend Stanley came to visit. I want you to lean more heavily into the close friendships you’ve got. Make more of them. Do it today. The moments are precious.

Heb. 11:4 “By faith Abel offered unto God a more excellent sacrifice than Cain, through which he had witness borne to him that he was righteous, God bearing witness in respect of his gifts: and through it he being dead yet speaketh.”

The point is, our influence lives on even after we pass. Today’s episode is more literal.

Back on May 12, 2015 I published a blog post with this same title. It was the second anniversary of the death of my lifelong friend, Stanley James Elmore (April 11, 1957 – May 12, 2013). The blog post didn’t stay online all that long. I took it down fearing I had shared too much. You’d have thought I’d have learned better.

Because I had recorded a podcast episode on May 9, 2013 just days before Stanley died. I took my digital recorder with me to the gym that day. I never went inside the gym. Instead, I sat outside in my car. It was rainy and you could hear the rain hitting the roof of my car as I poured out my heart. It was the most intensely personal podcast I’d ever recorded and admittedly, it was selfish. It was self-therapy. I took the episode down after a bit because I just didn’t think I was being fair to you, the listener.

Two things prompt today’s show. One, lately I’ve had a few dreams about Stanley. Nothing extraordinary, just dreams where he and I are doing what we often did – talking and cutting up. Laughing. Being snarky. Two, within recent months a few people have asked about that episode I recorded in my car. Evidently they listened to it and remembered it.

Okay, I’ve got a third reason. The memory of somebody I loved very much. It never goes away. My heart isn’t as heavy as when I first lost him, but I have many days where I look at my phone and stare at his contact info…wishing he were just a click away.

Okay, there’s a fourth reason, too. And this one involves YOU. As I keep pressing along with Project #CravingEncouragement I want to leverage the story of my friendship with Stanley to encourage you to take advantage of today to reach out to somebody who is important to you. I know there are many reasons why friendships lose their zest. And there are often valid reasons why people grow apart. I’m not going to be presumptuous to urge you to repair those. If you want to, do it. If it’s possible. But instead, I’m encouraging you to lean more heavily into those relationships that ARE important, but perhaps some things haven’t been said that ought to be said. Or they haven’t been said in a long time. Make today the day you say them. Be brave. Be bold. Be courageous. You’ll be glad you did.

Now for some context. There are lots of podcasts with friends talking and while I appreciate the endeavor, as a listener I rarely find value. I respect the fact that the audio is recorded and those people will be thankful they did a show together. That doesn’t mean I get it. So frequently there are these inside jokes that only friends can understand. There’s the context of our friendship that few others can appreciate or understand. I know it was that way for me and Stanley.

But I want to provide you some context and along the way I’m going to share some recorded conversations that took place right here inside The Yellow Studio in July 2010. All I want you to listen for is the lifelong connection between two guys who were in their early 50’s at the time. Two guys who had known each other since birth. I just want you to hear the connection and love — not to think about US, but to think about yourself and whoever is that for you. I want you to be very selfish. I want you to think about yourself, your best friend or that somebody who can finish your sentences. That person who can communicate with you by merely sharing glances, or making some facial expression. Those are remarkable relationships that not everybody finds. Stanely and I didn’t go looking for it. It just happened. We got lucky right out of the gate. And we got lucky that it lasted 56 years. I thought our run would go longer. So did he.

For the longest time, he and I talked about producing a podcast. We even had the title, Two Friends Talking. I even registered the domain name. But, as with so many things in life, we never followed through. In one of these audio segments of our recorded conversation, Stanely talks about wanting to remedy his Internet connection to make it easier for us to have reliable Skype calls for the podcast. His Internet provider had sketchy service and unreliable speeds. We talked often on the cell phone, but we never sat down to record another conversation after July 2010. The podcast we planned went the way of my learning the guitar – it just never happened.

Here are some important points of context that I hope help you get value from today’s show.

My parents and Stanely parents were close friends. His dad was (and still is) a preacher. His father performed our wedding. His father also baptized both me and Rhonda (at different times; we didn’t even know one another then). His folks were very important people in my life. After Stanely passed, his mom passed. His dad is still living and doing well at 87.

Stanley and I shared faith. Church was the priority. We frequently talked about spiritual matters and the work we were doing. He lived near Joplin, Missouri and I was here in DFW when he passed. Both of us had lived in a variety of places, but we always kept in touch and saw each other as frequently as possible. It was one of those friendships where we picked up right where we left off. There was never any windup needed for our talks. We just hit the ground running as though we’d been talking together continuously without interruption.

Our early life began in Ada, Oklahoma. Stanely lived on one side of the big city park. I lived on the other side. We frequently dreamed of building something that would connect our houses. Like a tunnel. Childhood imaginations at work.

When Pee-Wee Herman’s Saturday kid show was on (Pee Wee’s Playhouse), we’d talk weekly and interject Pee Wee’s “secret word of the day” into our conversations, followed by school girl like laughter.

When we were kids he’d get mad as a wet hen whenever we played board games — if he lost or if he had to go last. Joni can tell you of how frequently he seemed to roll the dice making it where he’d have to go last in a game of SORRY or some other board game. Katy bar the door ’cause he was gonna pitch a fit. Funny.

We’d have sleepovers and they almost always wound up with us getting in trouble. Mostly, being told, “Boys, go to sleep.” Fat chance. Flashlights, crude boy humor and lots of laughter dragged well into the night. Being quiet and discreet was almost impossible ’cause those aren’t components of fun – quiet and discreet. And whenever we were together FUN wasn’t our middle name. It was our first name!

Pillow fights when we were very young always wound up with Stanley wheezing due to being allergic to almost everything, including feathers. Foam pillows helped with the wheezing, but not keeping us out of trouble.

One summer – in our pre-teen years – we practically memorized the entire contents of two volumes of Mad Magazine’s Snappy Answers To Stupid Questions. It was right up our alley because sarcasm was natural and easy for both of us.

The banter – this banter recorded in these audio snippets – is something I don’t suppose I’ll ever experience again. It’s impossible to explain to people who have never had a friendship that involves knowing what somebody is thinking just by looking at them. We both had it, with each other. We didn’t always need words. Sometimes just a look. A raised eyebrow. A smirk.

Stan and I used to talk on the phone re-living Dave Letterman’s stunts back in the early NBC days of his show. We’d watch it nearly every night and weekly chuckle about some of the bits.

We were pleased when Dave published some books of his famous Top Ten Lists. We spent many hours laughing ’til we cried. For instance:

I was sad to see Dave retire even though I hadn’t been a regular viewer since he left NBC. Just another reminder that things end.

So many little things comprised our friendship and our conversations. When Stan arrived at my house that July weekend in 2010 we had a lengthy, laughable conversation about how many toiletries he brought with him. Thirteen different bathroom items. Three were medications so we didn’t count those, but he remarked at how much he was “like a girl” what with all the items on the bathroom counter. It was a long conversation with lots of chuckles along the way.

Like a Seinfeld episode. Talk could be about nothing, but we knew how to laugh together regardless of the topic. The conversations would almost always be fun, and funny. I captured a handful of hours of recorded conversation that weekend. Thankfully, I was able to share those recordings with his parents before his mom passed.

I miss him terribly. April and May continue to be some of the toughest months of the year for me since he passed. No death has impacted me as much. I’ve not loved anybody outside my immediate family more. But thankfully, I’ve got a head full of memories, photographs and a few digital files to keep him alive in my heart until we can see each other again on the other side.

I’ve had a strange love affair with the guitar for as long as I can remember. Which is odd since I never learned to play one. But I’ve always owned one, including some Martins along the way. Stan was always musical and when we were young he learned to play the bass guitar. When he came to stay with me for a few days in July 2010 he brought his Taylor guitar but found my Zager guitar pretty inviting. He played it the entire weekend he was here.

Reach out to your closest friend right now. Seize the day. Take advantage of your time together. It’ll end someday, leaving you with the memories you’ll cherish always. 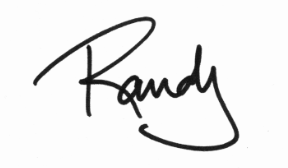 P.S. Project #CravingEncouragement – I’d like you to participate by sending me your stories of a time when you were encouraged in a meaningful way. Go here to find out how you can participate. Thanks!