It’s About People, Not Power 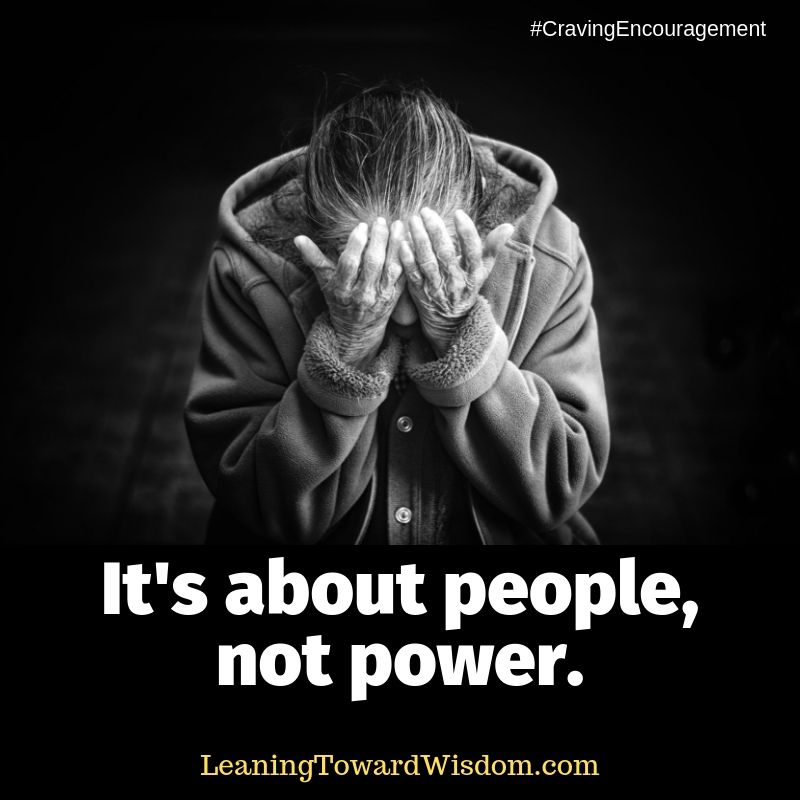 It’s not always safe. Often times, it’s quite unsafe. Made so by people with ill and self-centered intentions. The great human atrocities – such as the Holocaust and the current genocide in Sudan, etc. – seem unbelievable to almost all of us (but not quite all, or they wouldn’t happen). But each of us is capable of losing ourself to our own ambitions and devices to the destruction of others, and ultimately to ourselves. We’re all capable of poor – even dreadful – behavior. Even well-intended people can justify awful behavior believing in their own superiority. The drive for power over others can be intense and effective. But it won’t last. A bigger, more powerful tyrant bent on taking power by any means necessary will overthrow your tyranny. Most tyranny is non-violent, by the way.

Life isn’t about power. Neither is leadership. Leadership isn’t about judgment or displays of righteous indignation. Nor is it about being the boss who makes the decisions. Rather, it’s about compassion. Empathy is the fuel, but compassion is the traction. Driving action to help and serve. Without expectation that it will provide leverage (power) in the relationship. Leadership is about learning, understanding, and growing and helping all around you do the same.

It’s about helping people be their very best. That’s only possible when people feel safe around you. Make them feel unsafe and you add to their burden. That’s power! Destructive power, which is the most common kind.

Listening. Learning. Understanding. Growing. Those are required if a person wants to improve empathy. Displaying compassion requires it. And it’s quite uncommon. Not because we’re incapable, but because we’re mostly interested in, “What’s in this for me?” Or, “How can I appear better than the rest?”

That’s just part of why encouragement is so rare. And why you likely have nobody in your life willing or capable of giving you any. And likely why your life has so few people with whom you feel really safe. Safe enough to know that judgment, pride, self-centeredness, manipulation, abandonment, abuse, control, perfectionism, domination and a host of other bad behaviors won’t be leveraged against you.

I guarantee you have far more people in your life willing to deploy some or all of those bad behaviors than you do people who can refrain from them. Right now people are filling the gaps of their ignorance about you with their own made-up “facts.” They’ve got you all figured out and yet they’ve never listened to you, taken time to understand you, or attempted to display any compassion toward you. They’re just glad you’re not as good as they are. It makes them feel better about themselves. But they’re serving nobody except themselves. Drunk on the power of their own self-importance you’re just one in the vast cast of characters against whom they can feel superior.

Catch yourself whenever these temptations erupt in your life. And they will. They try to wedge their way into all our lives. We make up stories that turn into gossip without ever taking the time to consider we may not have it quite right. It’s just more convenient to write the story the way we think it is, rather than find out the truth.

Make this week the week you change that by becoming a leader who displays positive traits toward others. See if you can suppress your ego, pride, and judgment long enough to learn how. Be a person with whom others feel safe. Be a person who can focus more intently on the needs of others. Figure it out. If you dare…to make a difference in the lives of others.